My eyes stick on the broad shoulders bent over the sink, the flimsy white t-shirt clinging across the round bulgy bits that show he’s no lank.

His head arches down lost in the soap suds his hands are working. My mind sparks, memories that aren’t supposed to be there taking hold of my attention. My eyes eat it up and the familiarity sweeps up my emotions. 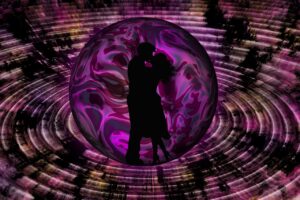 … You are an interesting boy Hadrian.

My throat hitches on the thoughts, soaking up his hair mopped about like a teenager whilst it’s still too early to worry about his appearance.

He’s comfortable here. This is his place. His house. His home. His head ticks to the side, “Yeah?”

“What do you mean yeah?”

“You’re looking at me and not saying anything.”

“How do you know I’m looking at you?”

“What do you mean what do I mean?”

“You can feel them?”

“You know; that feeling you get when someone is watching you.”

A hidden smile lightens his voice, “Or that feeling when someone is thinking about you?”

The seconds take their time whilst my mind flings thoughts and possibilities back and forth, “Sometimes.”

“When you stabbed me with your finger nail.”

“Yeah. It was like; Oh yeah, she likes doing this doesn’t she.”

My insides knot, and my heart picks up the tempo for the wrong reasons.

His head tilts back, gazing along his nose and pretending to be engrossed with whatever is outside the window, “It was like… I was just supposed to let you. I wasn’t allowed to object-”

“Or, like I always let you because it’s your thing and that is okay.”

My throat hitches, the eccentric Russian clock teasing the time with distorted two second ticks, “So, you didn’t want me doing that, that thing, with my fingernail?”

“You needed to get it out of your system.”

What-the? Heat whips up my neck, flushing my cheeks and forehead with nerves, “It wasn’t really like that.”

“I’d have left and you wouldn’t have had time to ask me to come back after work.”

“Or you wouldn’t have had the courage to bring it up.”

“What makes you think that?”

“And that was Déjà Vu last night.”

And my mind is spinning with the old world thoughts that shouldn’t be here; thoughts that would make sense to Mother… but which I refused to pay attention to, “… Huh?”

“What?” Where is your mind at?

“We’ve been through this before.”

“Yeah, well,“ but he stalls and his head tilts as his throat hitches away something; nerves, or the words that he’s keeping checked on the verge of his lips.

“Yes it does.” My feet glide me to the kitchen bench, “Say it,” as my head tries to tick into his field of view.

But he doesn’t bite, his gaze lost in his inane dish washing distraction as he refuses to be drawn.

My arms cross under my chest in busty self defence, “Say it… Say what you were about to say?”

“It’s a bit weird,” his face turning to mine and ignoring my busty crossed arms.

My teeth dig the corner of my bottom lip, “I like weird.”

My lips plump up a smirk, “Well, yeah I guess.”

“Do you think I’m interesting.”

Heat rises in my cheeks, “Y-es.” His head offers me a slow noddy, his cheeky smirk taunting me in a way I can’t let go of. Damn it. You’re not getting off that easily, “Say it.”

“Say what,” the taunting grin growing into his cheeks.

“Why are you dodging it?”

“What you were saying about us and Déjà Vu.”

And he stills, his eyes meeting mine.

I plump another smirk back at him, “Say it.”

The seconds play havoc with my resolve; teasing me with the patience I don’t think I have; or the stubbornness I do think he has. My lids blink on him, and blink again.

He blinks back, and his eyes brake away almost trying to hide, but he sort of freezes, almost afraid to look away.

My head tilts up and my eyes zero down the bridge of my nose in a Mother Superior gaze that draws his attention back to me, “You can’t leave me hanging like this.”

“For me,” his eyes wide on the soapsuds, “Déjà Vu isn’t more so a premonition… as a memory.”

My mind flashes and the giddy thing threatens my insides, “Huh?”

“Well, it feels like a memory. The feeling like I’ve been there before. That something I’m going through is the second or third time its come around. It’s as if it’s a past life thing coming to say hello and letting me know that I have to have a go at it again because I didn’t get it right the last time. That’s why it’s familiar, because it is. You’ve been there before.”

“It’s familiar because the Universe needs you to have another go at it. The Universe requires a different outcome. Like a scientist rerunning an experiment because they weren’t happy with the result.”

Is he talking about destiny? My my lids rise, “Familiar?”

His eyes glint with something, more cheek, or courage; or some sort of wisdom that threatens to give me goosebumps. His head tilts in closer, his eyes wide, sharpening, predatory; his voice with an edge of husk: “You’re a very interesting girl.”

… Fuck. My throat thickens, the proverbial cotton wad that’s been bugging me turning up again, “Is that interesting in a good way or a not so good way?”

“It’s good to be interesting.”

His eyelids bat staccato on the thoughts hiding behind them, “Really?”

“What do you mean really?”

“Bullshit…” and a dozen angry images of my Ex Greg flash in my mind. Heat rises up my cheeks as my heart does the patter thing for all the wrong reasons, “Not up to it! If you knew what I’ve been through-” and my lips snap shut on the words.

“What you have been through?”

My lips plump a tight lipped smirk and my insides knot.

His head cocks, “What have you been through?”

“It’s nothing… worth talking about,” as my lids clamp tight. Why did I say that?

The seconds drag, the plip of popping suds and water drops seeping into my ears.

The scrunch of a teatowel flops on the bench.

The soft shuffle of bare feet brush over worn wood, and the heat of a body hints against me. Hot hands settle on my upper arms, smooth fingers pressing softly and trying to kneed away the panic hiding behind my eyes. His fingertips stroke downwards, glancing slowly over my elbows, wrists and to my fingertips; teasing them from beneath my arms and turning them over. His thumbs knead my palms with a masseurs knowing touch. And it’s nice, really nice having this guys hands on me in my dark private world.

His heat tests me; challenging my resolve to open my tight clamped eyes.

Greg’s imaginary face flashes in my head, battling for virtual attention against the much preferred tight white boyshort undies straining with the most enticing dick I’ve seen in real life.

Greg, “-crap,” and my throat hitches it away.

The room seems to warm with what I know is a smile.

“It’s never nothing if a girl closes her eyes and doesn’t want to talk about it.”

And a little fuzzy thing blooms inside me “No… It’s nothing.”

I opt for distraction, “Sounds like you’ve had some experience with that.”

“No,” my head doing a little side to side, “I just don’t want to talk about it,” my eyes squinting tighter against Greg’s fuckwit sneer.

The seconds stall, taunting me with more flashes of Greg’s face; the Neanderthal cheeks and jaw of too much testosterone; his bed, and the darkness of my face buried in his pillows. The sneer. Damn, that ugly mocking sneer. I hate it. Hate it. Hate it. Fucking prick.

“Is it something I’ve done?”

“Yes… I wouldn’t be here if I had any problem with you.”

“NO. You’re not too weird,” and the tightness in my chest seems to evaporate as the yummy heat of his smile draws my lids open; straight into those boyish not–angry sea green eyes.

His body closes the space between us. His head tilts in, hot breath dusting my cheek; and he plants me a plump smoochy kiss on my lips. My tongue darts to him, hoping to catch a tangle, but he’s gone, drawing back with a cheeky smirk digging more cheeky dimples in his cheeks. 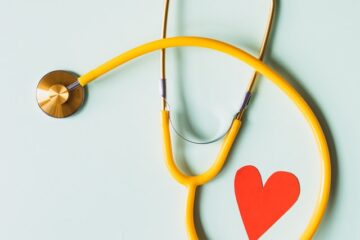 My thighs niggle me with heat, my skin sticking to the leather and refusing to let me shift in the reading chair. The summer sun torments the roof, tired tin creaking and cracking the silence. Read more… 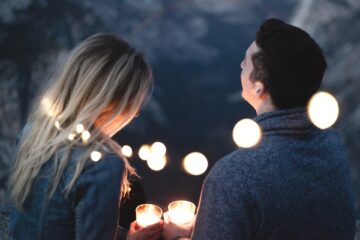 Molten lava now fills the void that is my body. I am fire. My insides have liquefied and it’s because of him. His everything. Him. My eyes never leave him as he orders us a Read more… 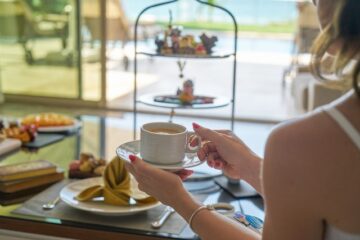 I know where to look. I know all the tricks; which mirrors reflect where and what can be seen from each. My eyes blink off to the corporate girl pretending to be unamused with the Read more…